We like to work hard in lab, but our crew also knows how to have fun--don't we? 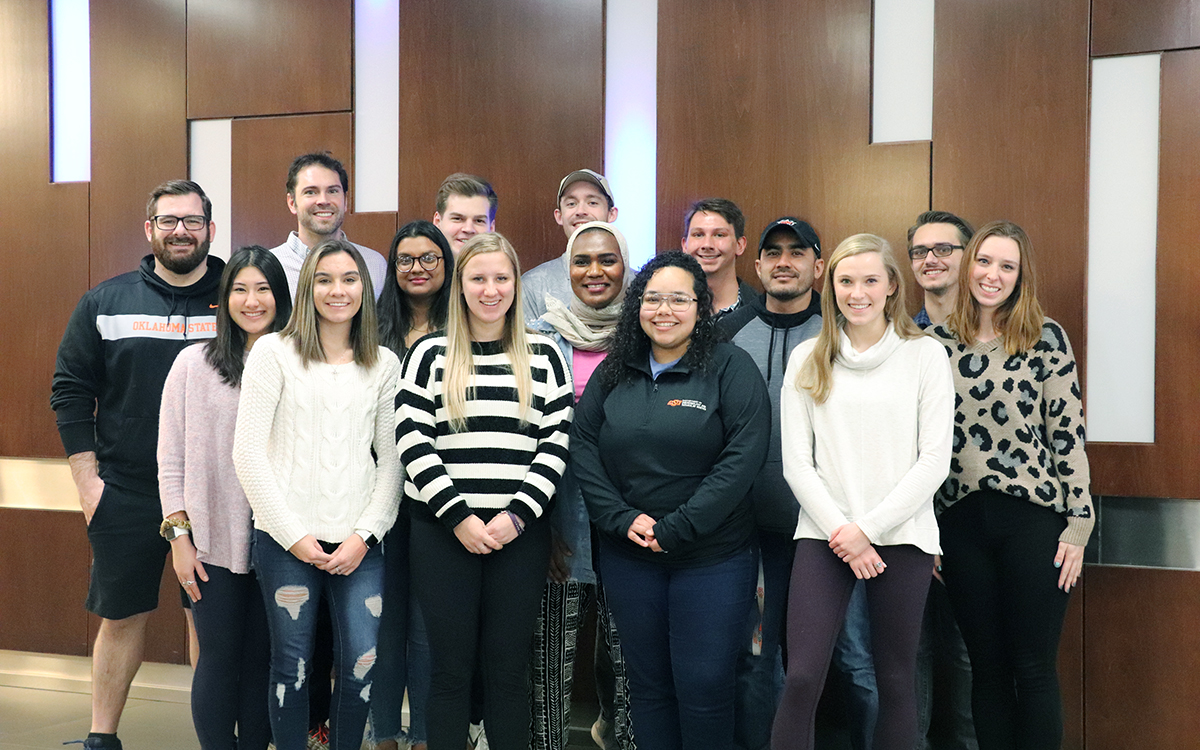 I think it's become sort of a lab tradition for PhD students to carry undergraduates on their backs. Maybe figuratively AND literally?? 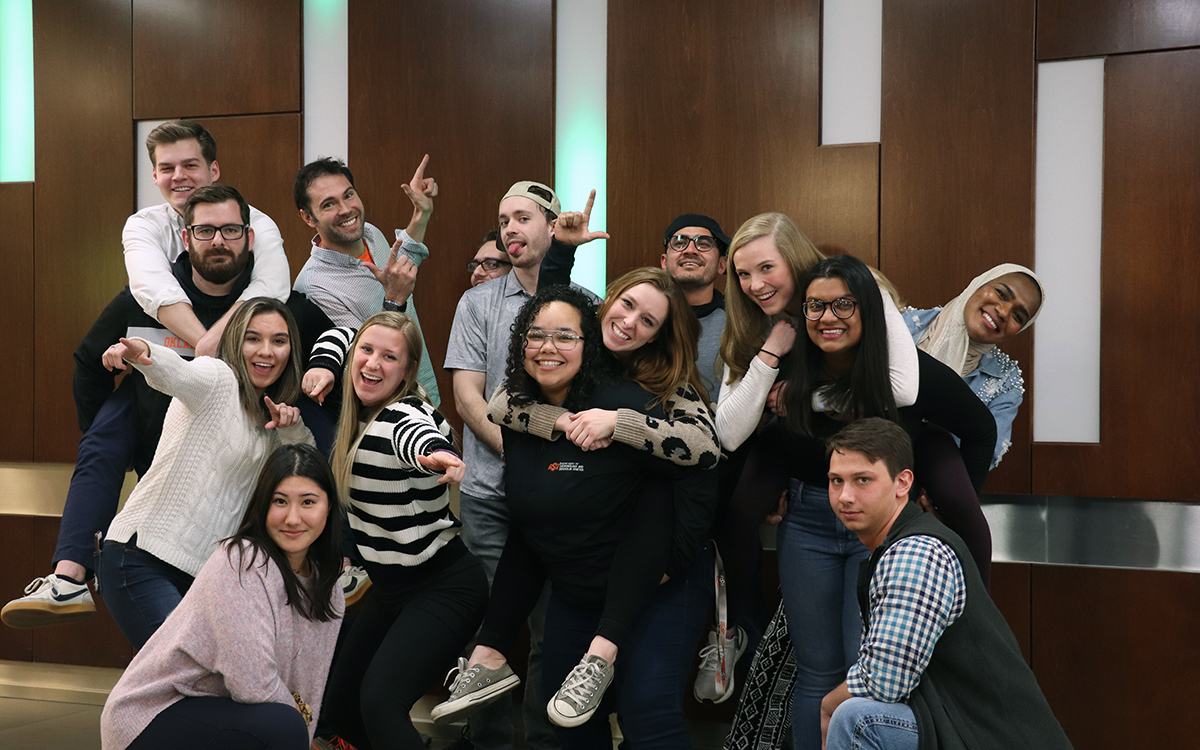 We tried to take a picture where we were all airborne. This turned out to be non-trivial. 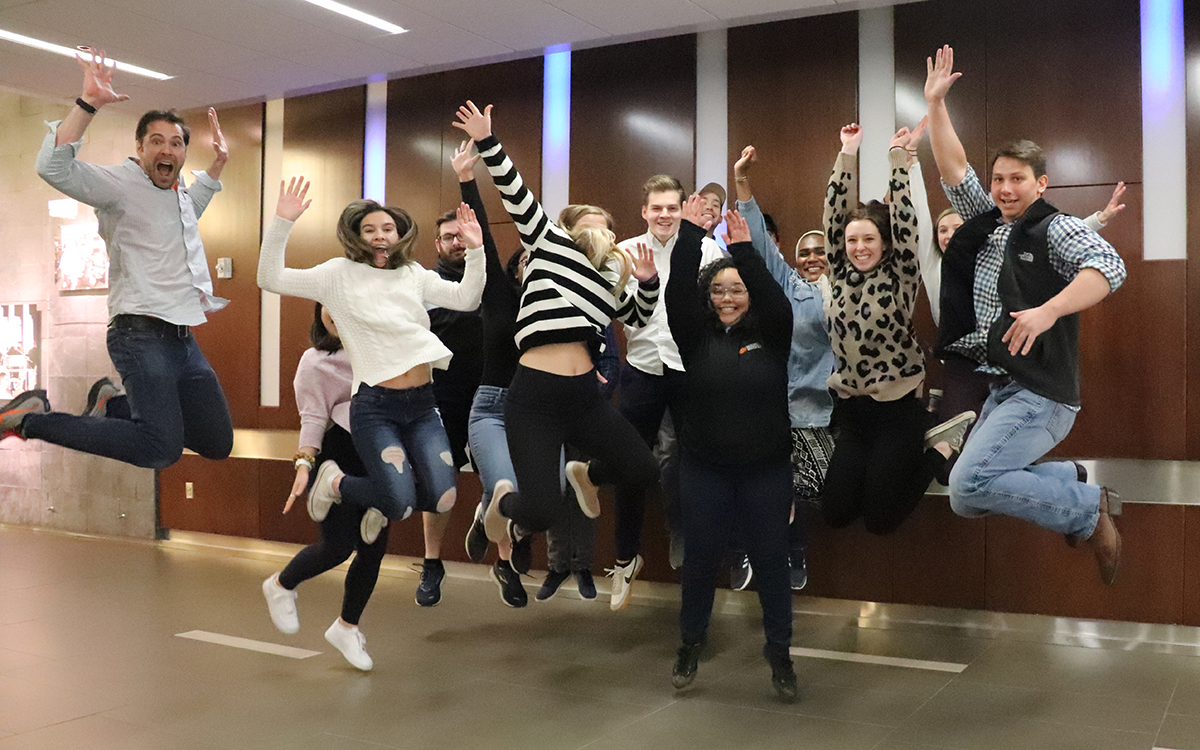 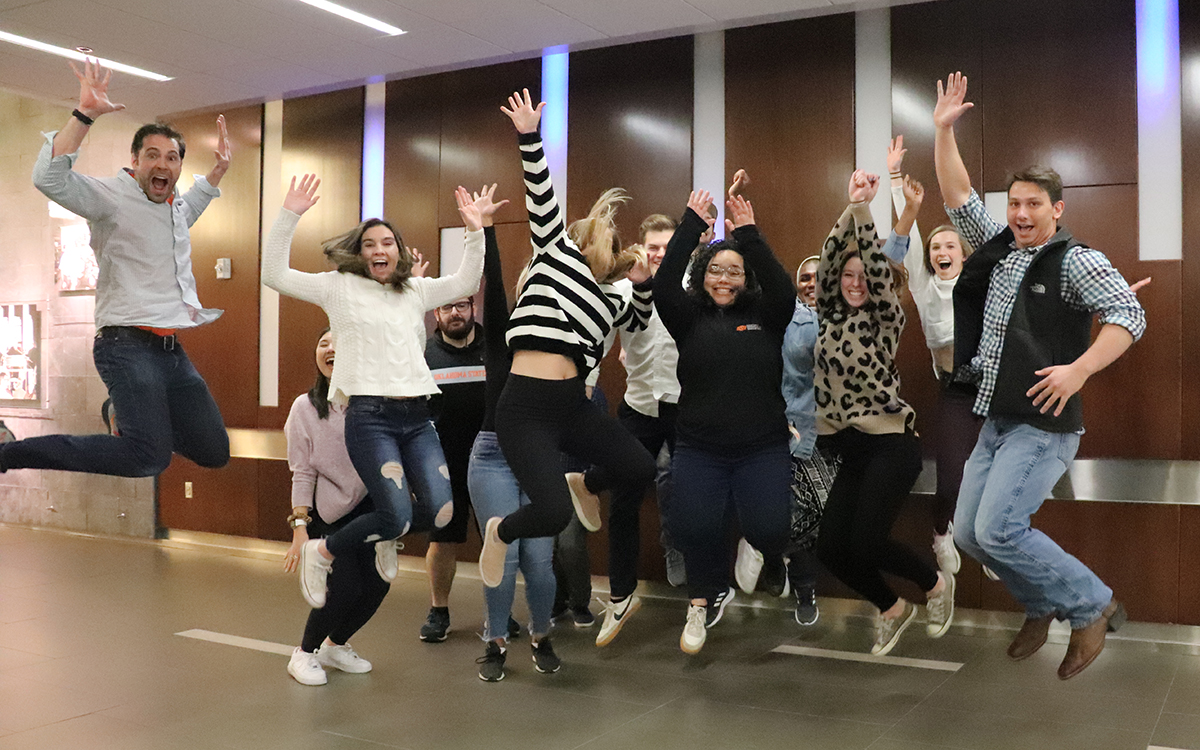 What else do we do besides stand there and be really, really, ridiculously good looking?

The Summer Crew has been getting together on Friday evenings to enjoy Neapolitan-style pizza at the Cabeens' place. We've been experimenting with different toppings: can you see the Chick-Fil-A pizza and the s'mores pizza (that one was initially a burnt failure--the secret is to prebake the dough, turn the oven off, and then brown the marshmallow with residual heat). We've also had cheeseburger pizza, chicken alfredo pizza, mac'n'cheese-and-tater-tot pizza, and plenty of traditional pizza margherita. We make probably 15-20 pizzas every week! 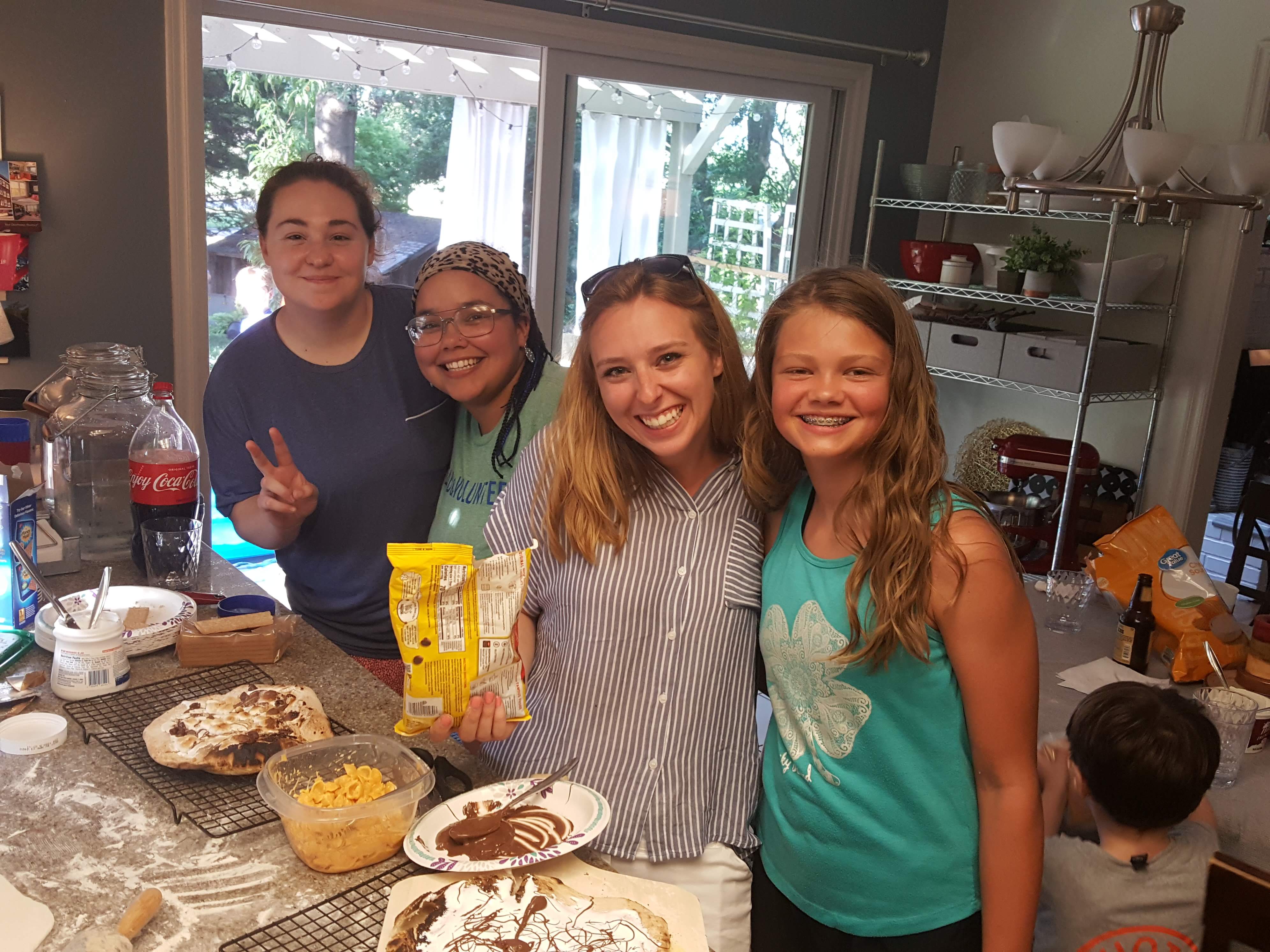 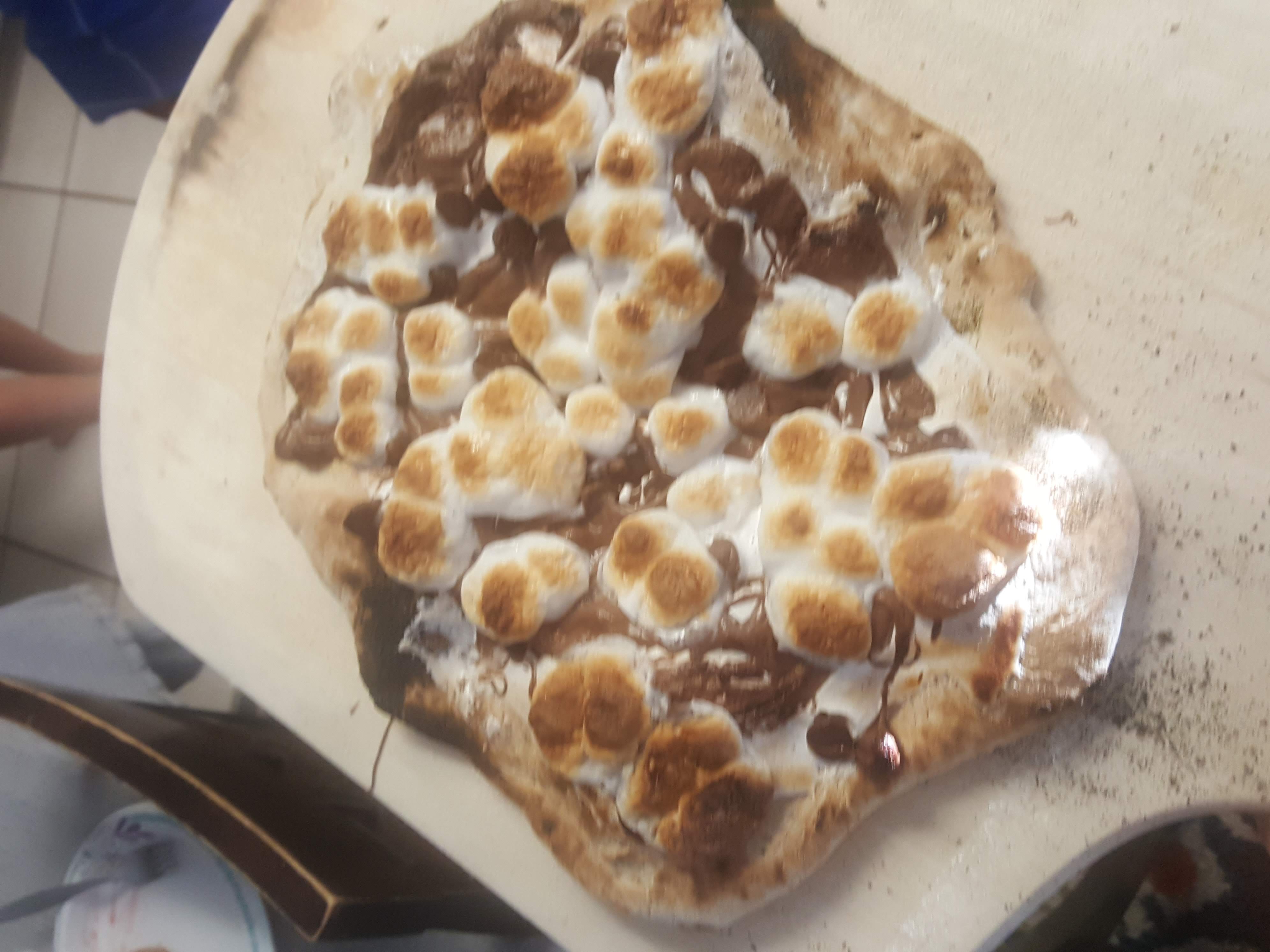 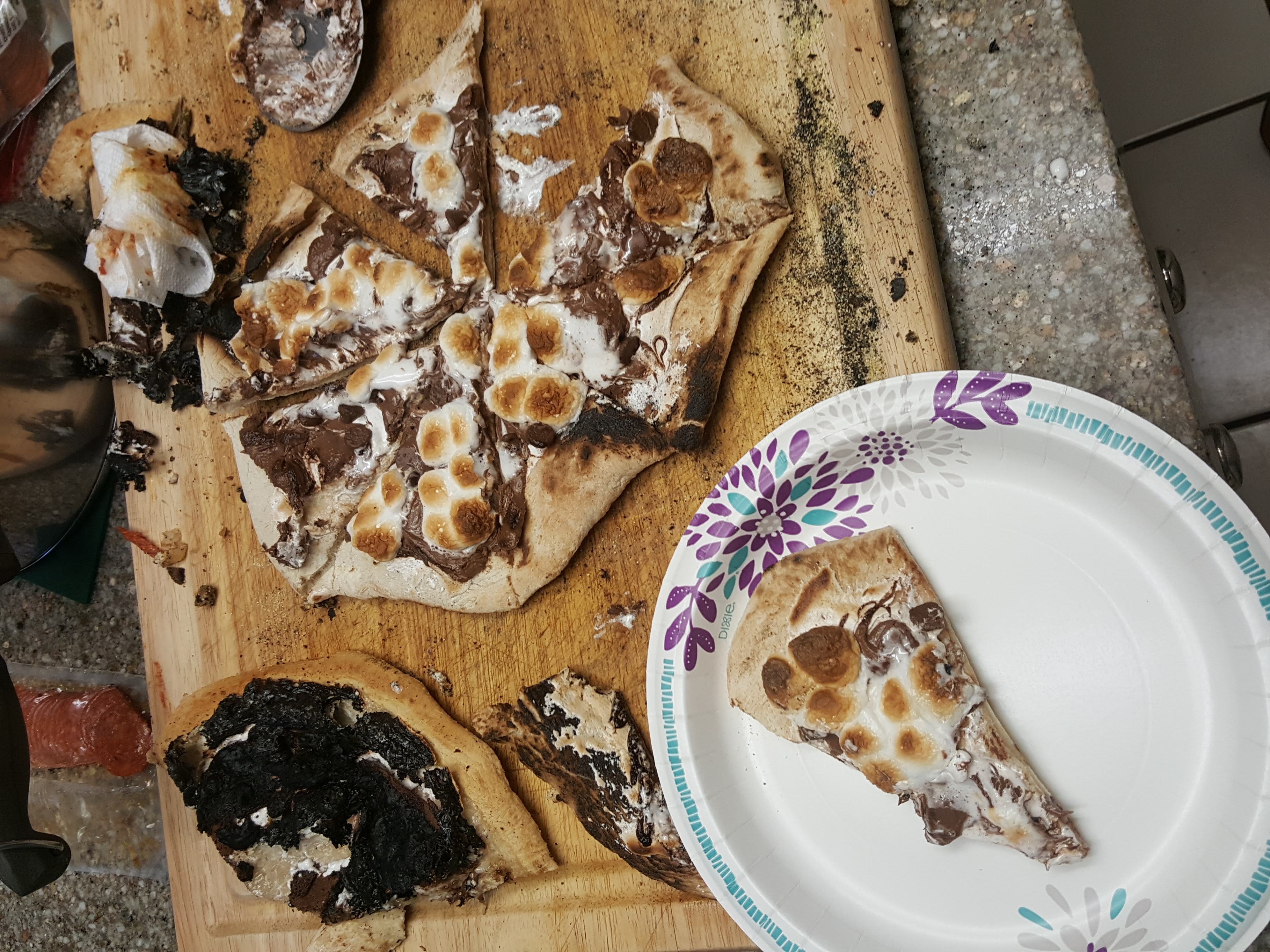 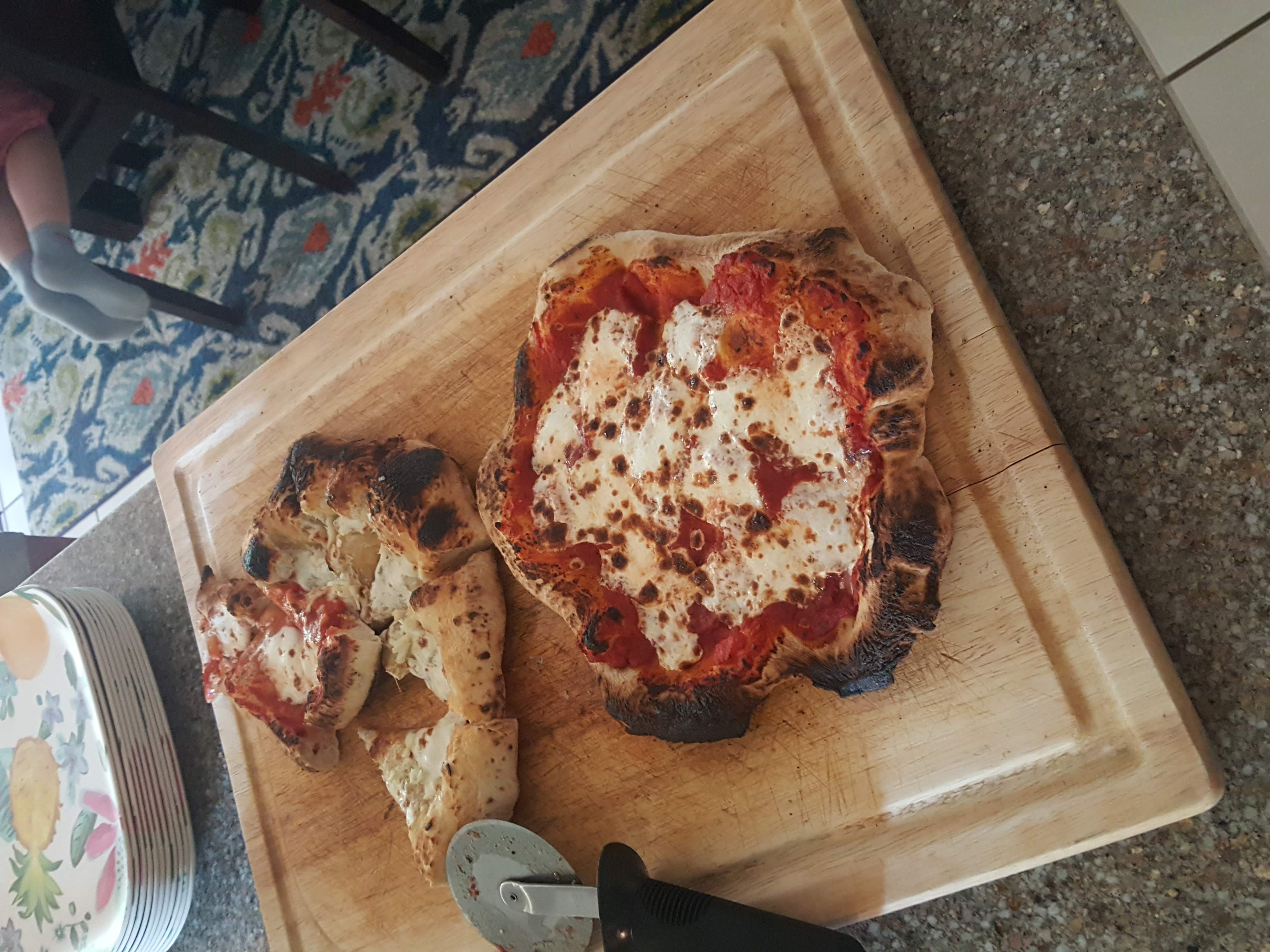 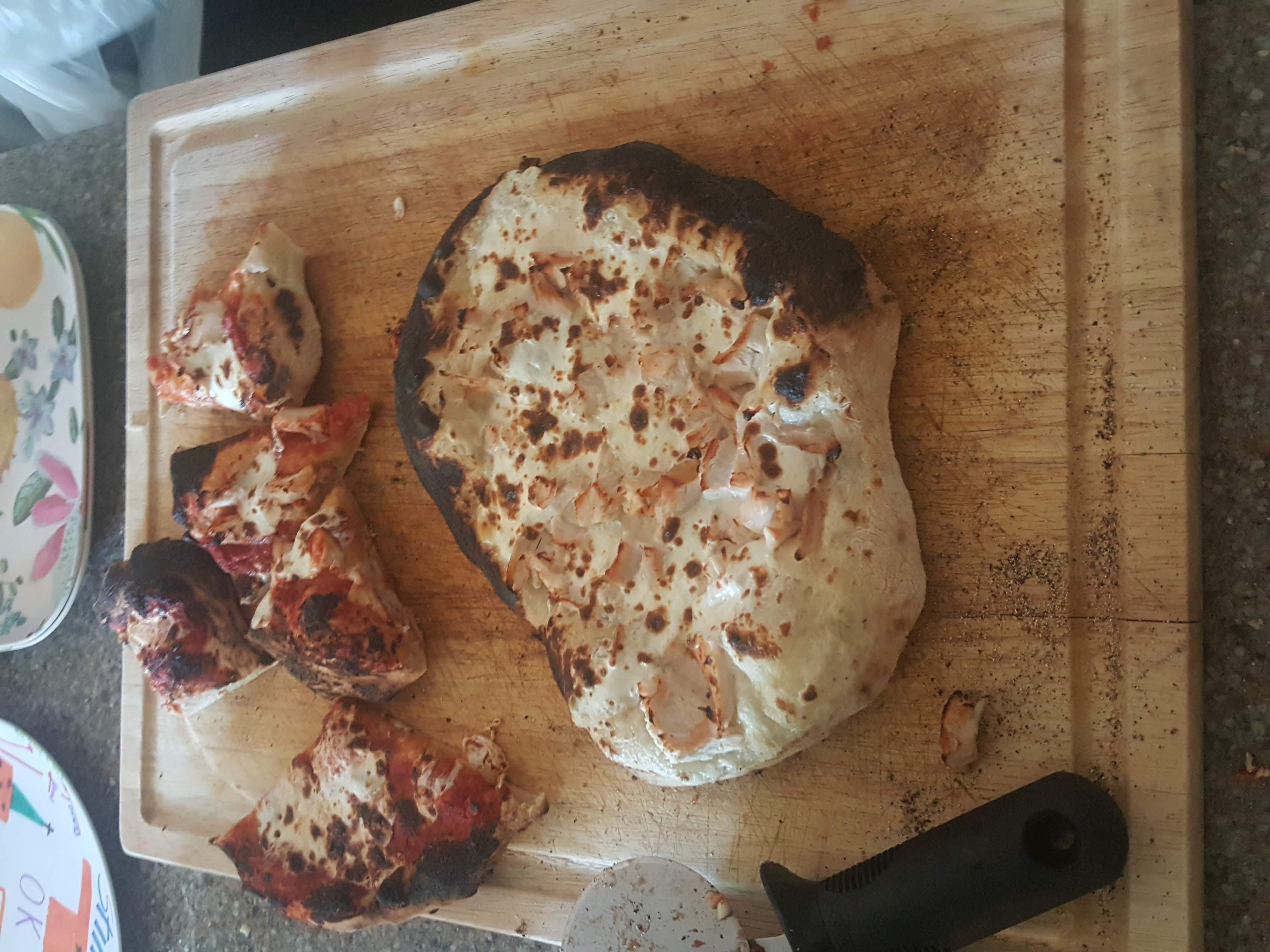 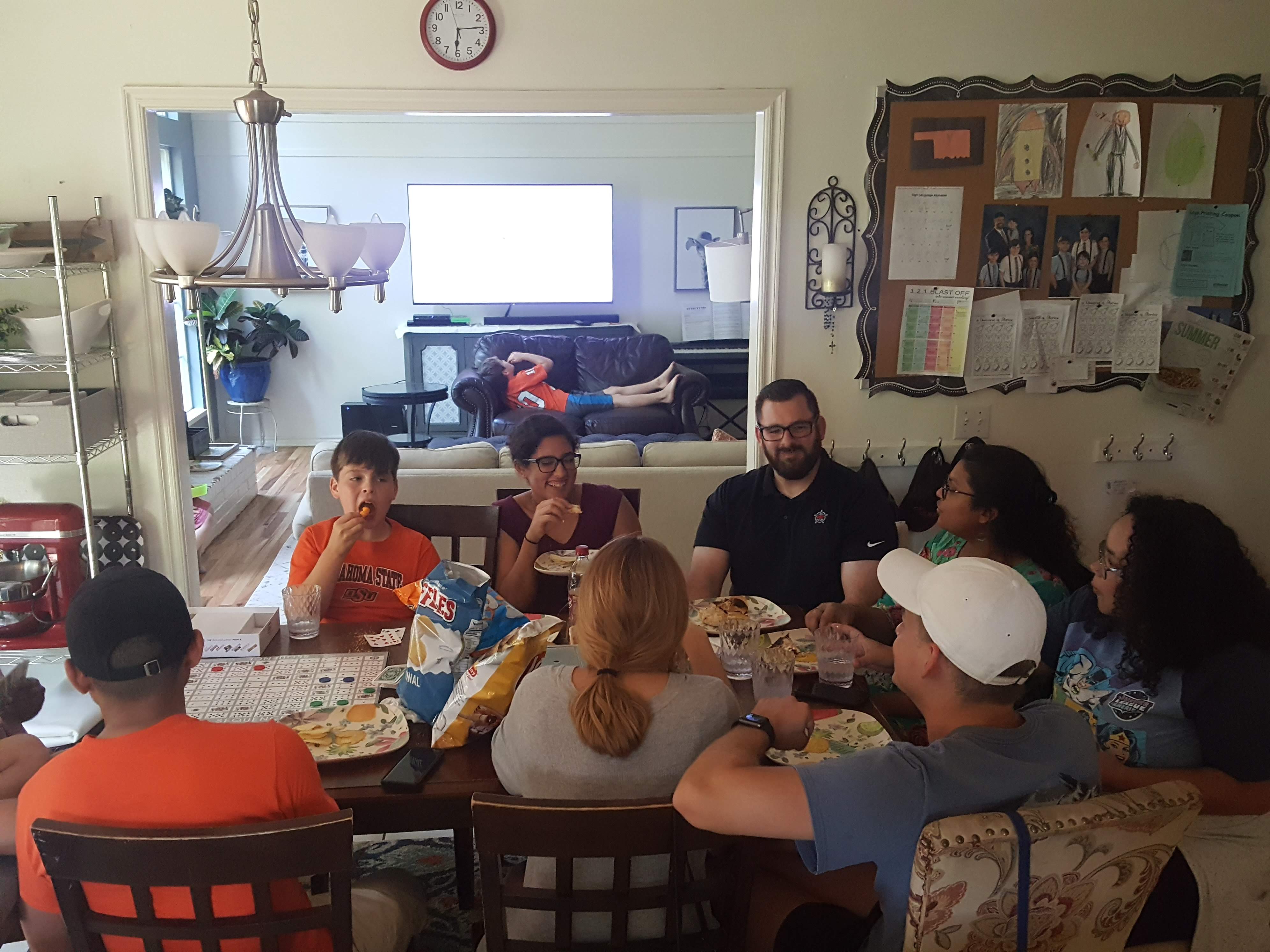 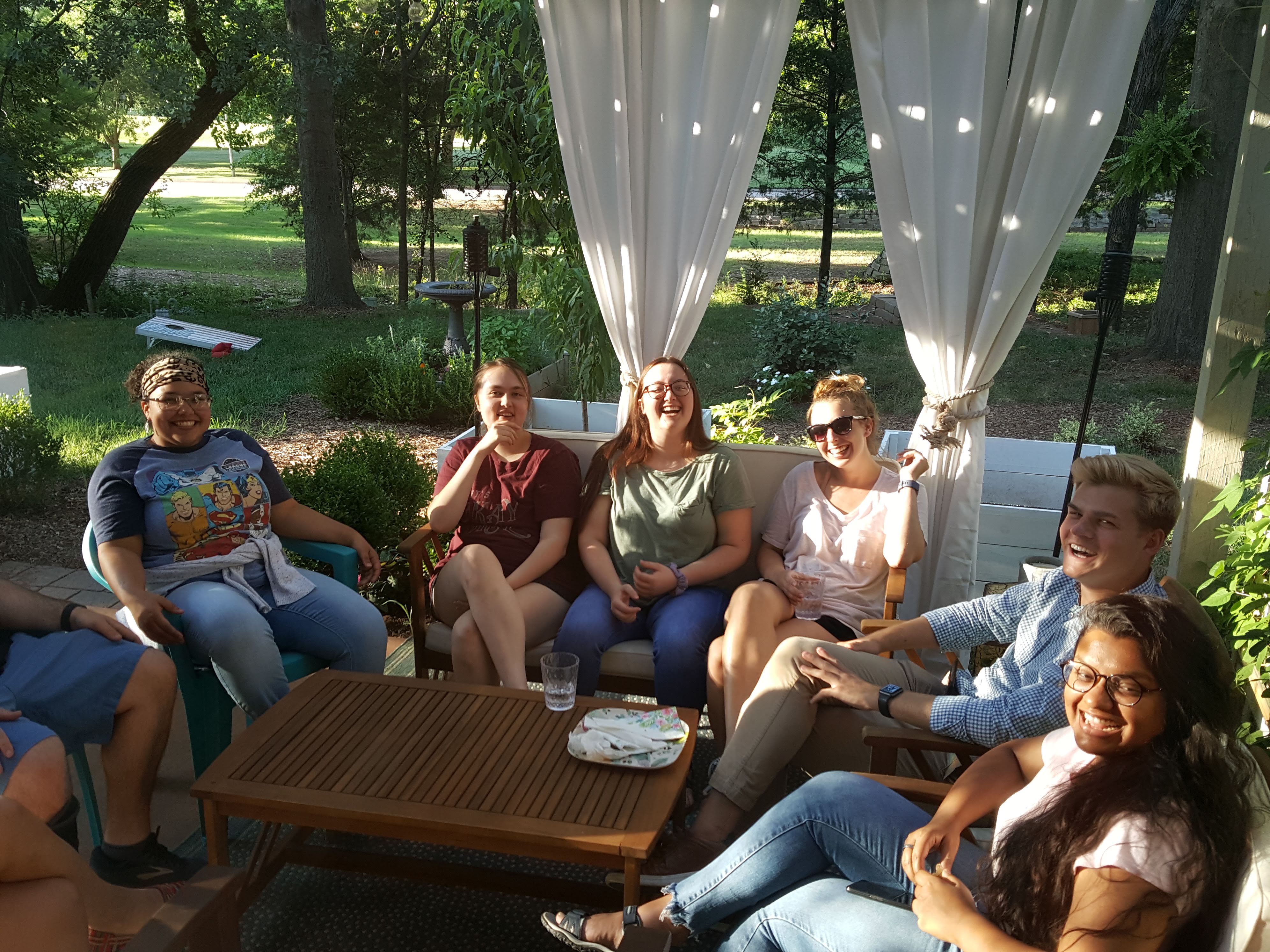 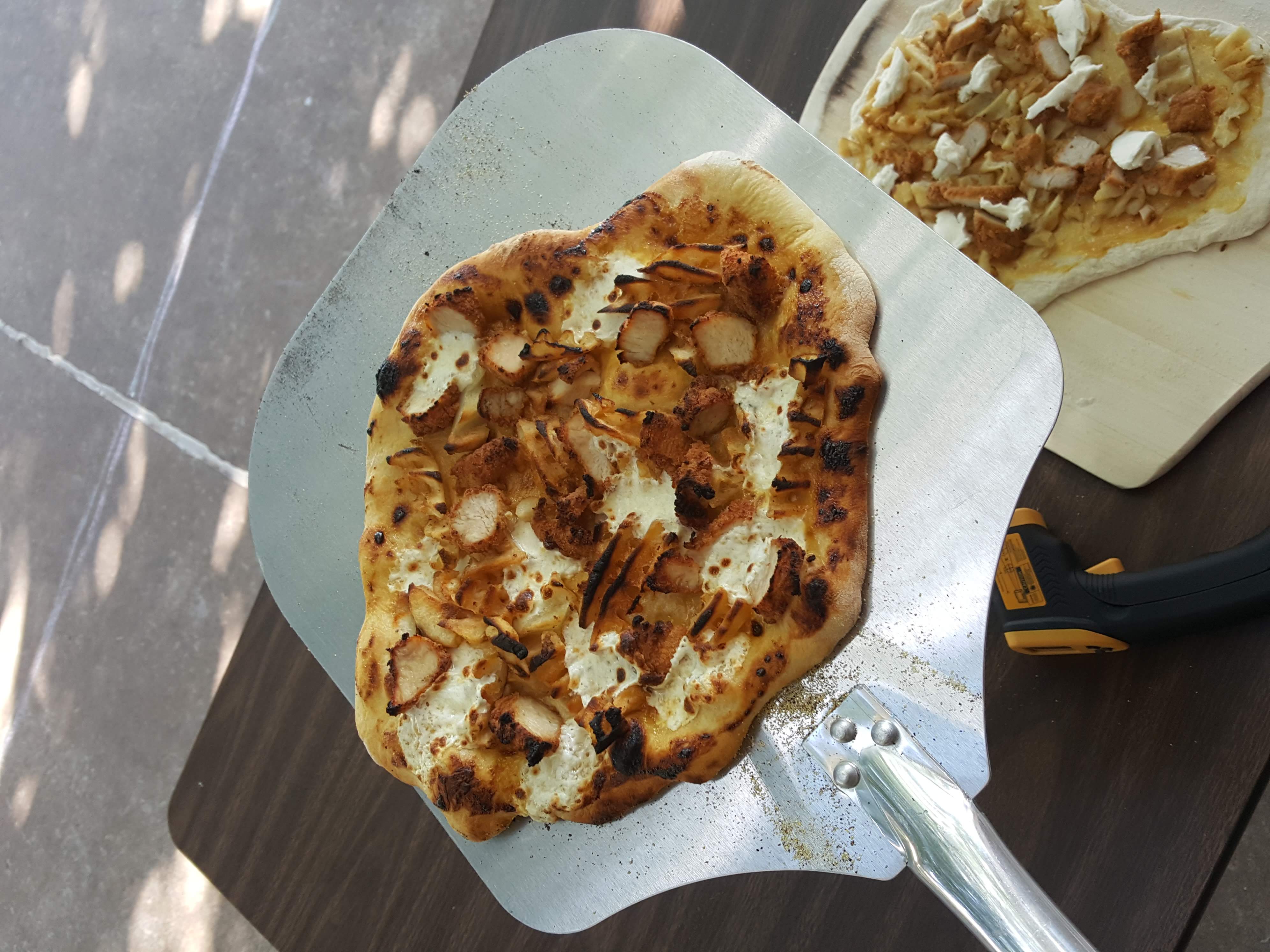 This delicious thing is the elusive Chick-Fil-A pizza. 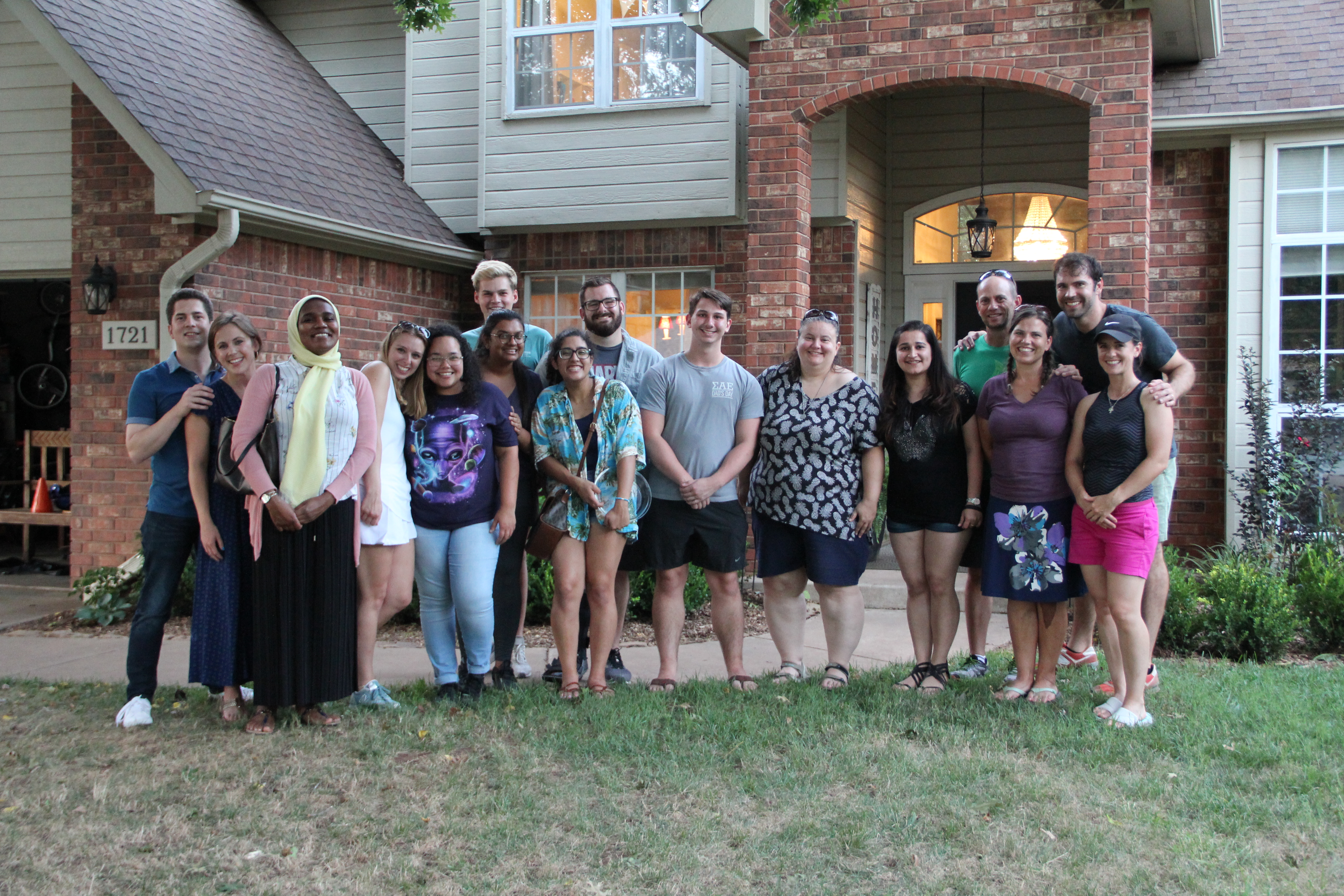 Lab members plus some special guests at one of our evenings in July 2019!

Sam wanted to go to the trampoline park here in town as part of her going-away party before she headed off to the National Institutes of Health. Here are the before and after pictures. You can see that I got sweaty from all the jumping plus that dodgeball game where we defeated all those teenagers. Poor Somalisa and Chris both hurt their ankles...I guess this is why there weren't too many grown-ups jumping! :o) 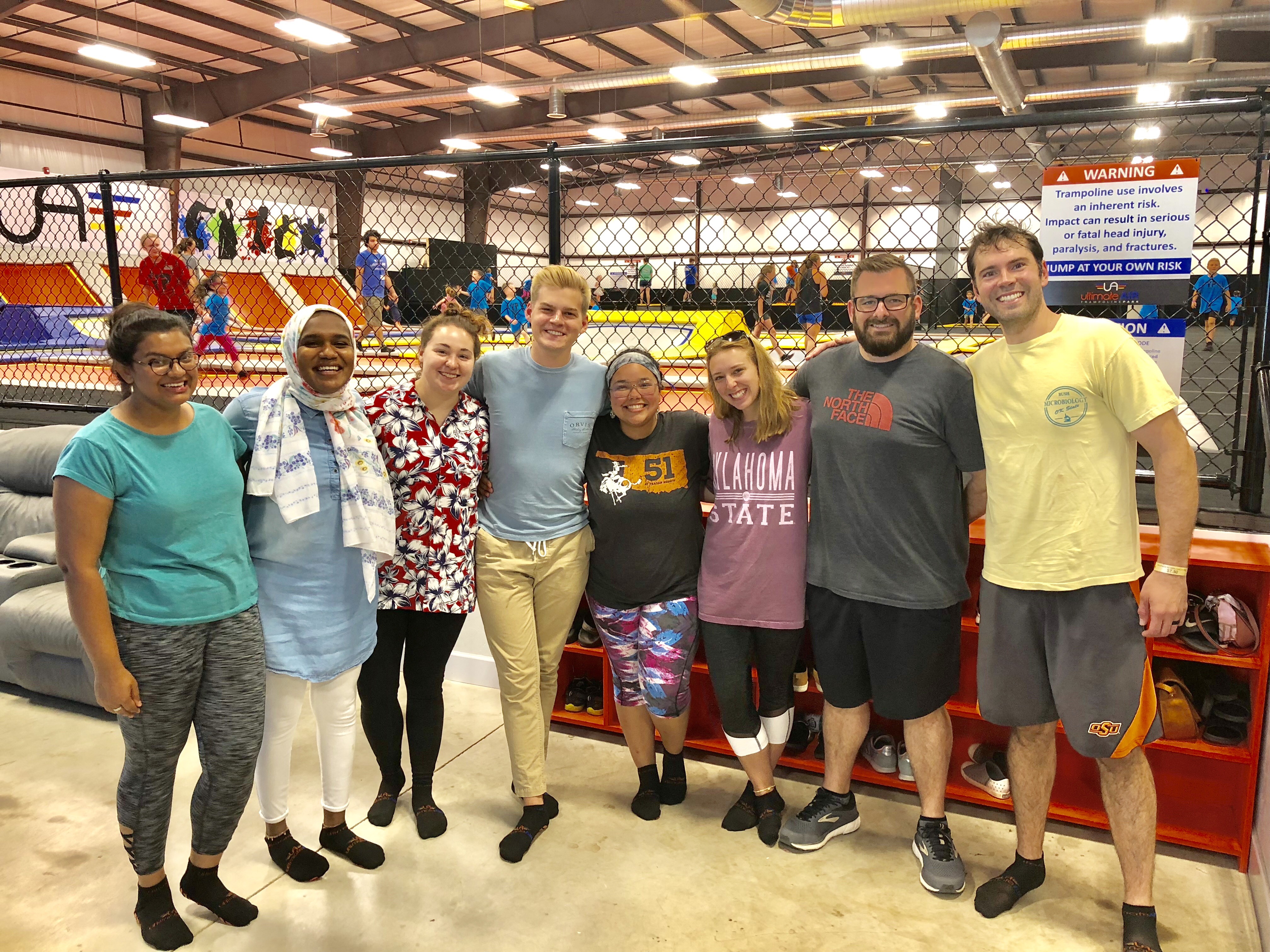 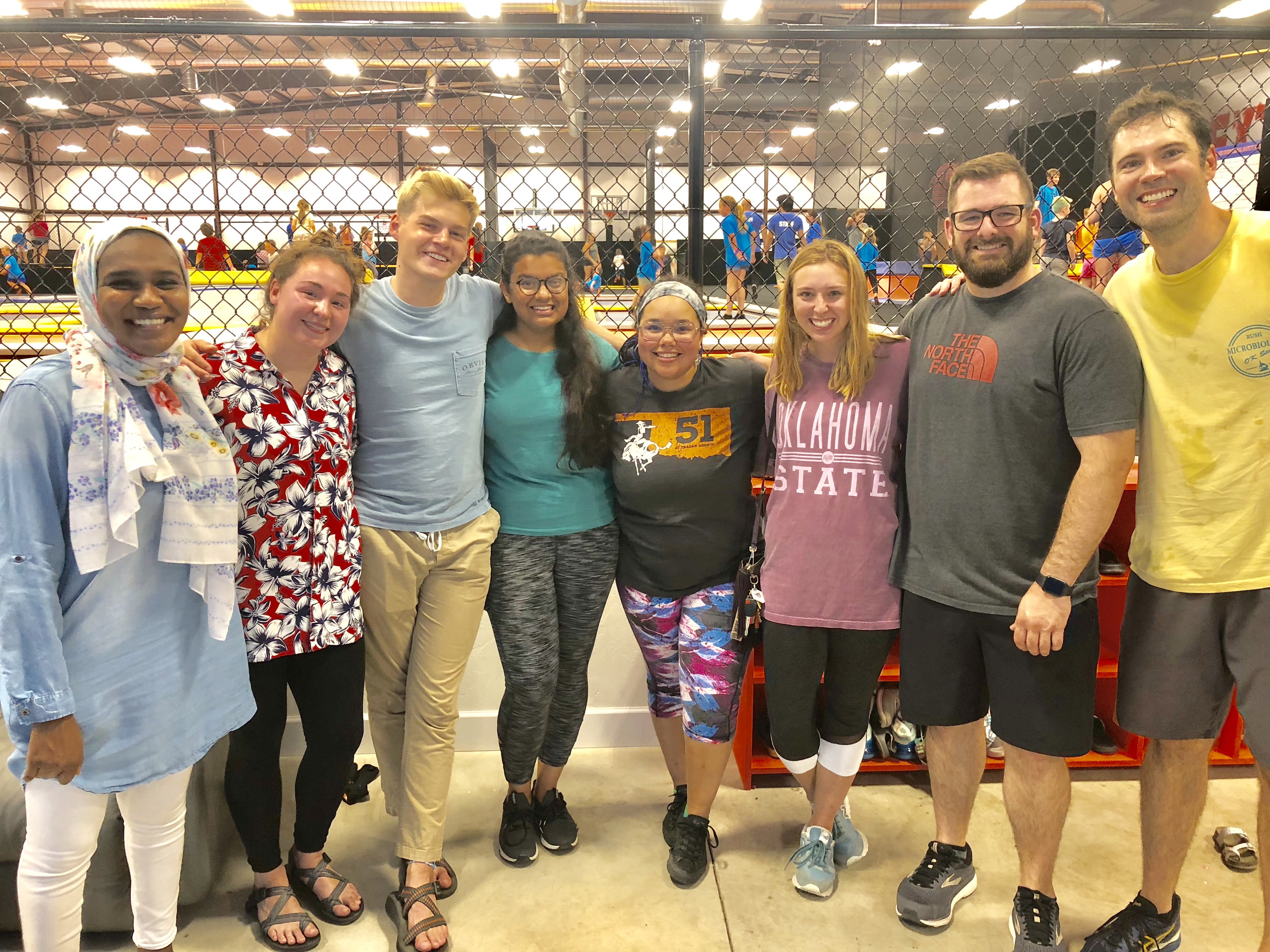 Before Sam left, she and the other students secretly collaborated to make this wonderful and hilarious music video that she unveiled at our end-of-semester party. I was really touched!

Department of Microbiology and Molecular Genetics

Copyright 2019 College of Arts and Sciences